West End In The Woods

Wonderment Group and Wasing are delighted to announce ‘West End in The Woods’, an outdoor West End concert and dining experience, will be held in the glorious woodland of Wasing, Berkshire on Friday 4th June and Saturday 5th June 2021.

West End in The Woods aims to bring the essence of the West End and its hugely talented stars back onto the stage after a devastating year for the industry, which still sees London’s theatres closed.

The evening promises a beautiful three-course woodland dinner followed by an outdoor musical concert on our Woodland Amphitheatre stage. Under the Musical Direction of Steve Clark, Movement Direction of George Hill and featuring the West End’s leading ladies and men (full biographies in the editors notes).

Guests will enjoy a spectacular show featuring hit songs from ‘Into the Woods’, ‘Lion King’, ‘We Will Rock You’, ‘Les Misérables’, ‘Cats’, ‘Phantom of the Opera’, ‘Hair’, ‘The Sound of Music', ‘Chicago’, ‘Wicked’, ‘Starlight Express’ and more.

West End in The Woods table packages start from £780.00 and include a table seating up to 6 people, a three-course dinner with drinks and seats for the show. Show only tickets are also available at £60.00pp. Tickets are on sale and can be purchased via the website – www.westendinthewoods.com

Guests who wish to stay overnight can do so in one of the luxury glamping bell tents available with breakfast and a morning lake swim. Bell tents are £130 per night and are offered on a B&B basis based on two people sharing.

“We are so excited to bring this epic show to Wasing Woodland Amphitheatre in June. Many of us have missed the theatre so much. To have the opportunity to work with Steve Clark and bring such incredibly talented stars, who have been wowing audiences in the West End and the world over together for this spectacular is such an honour’ 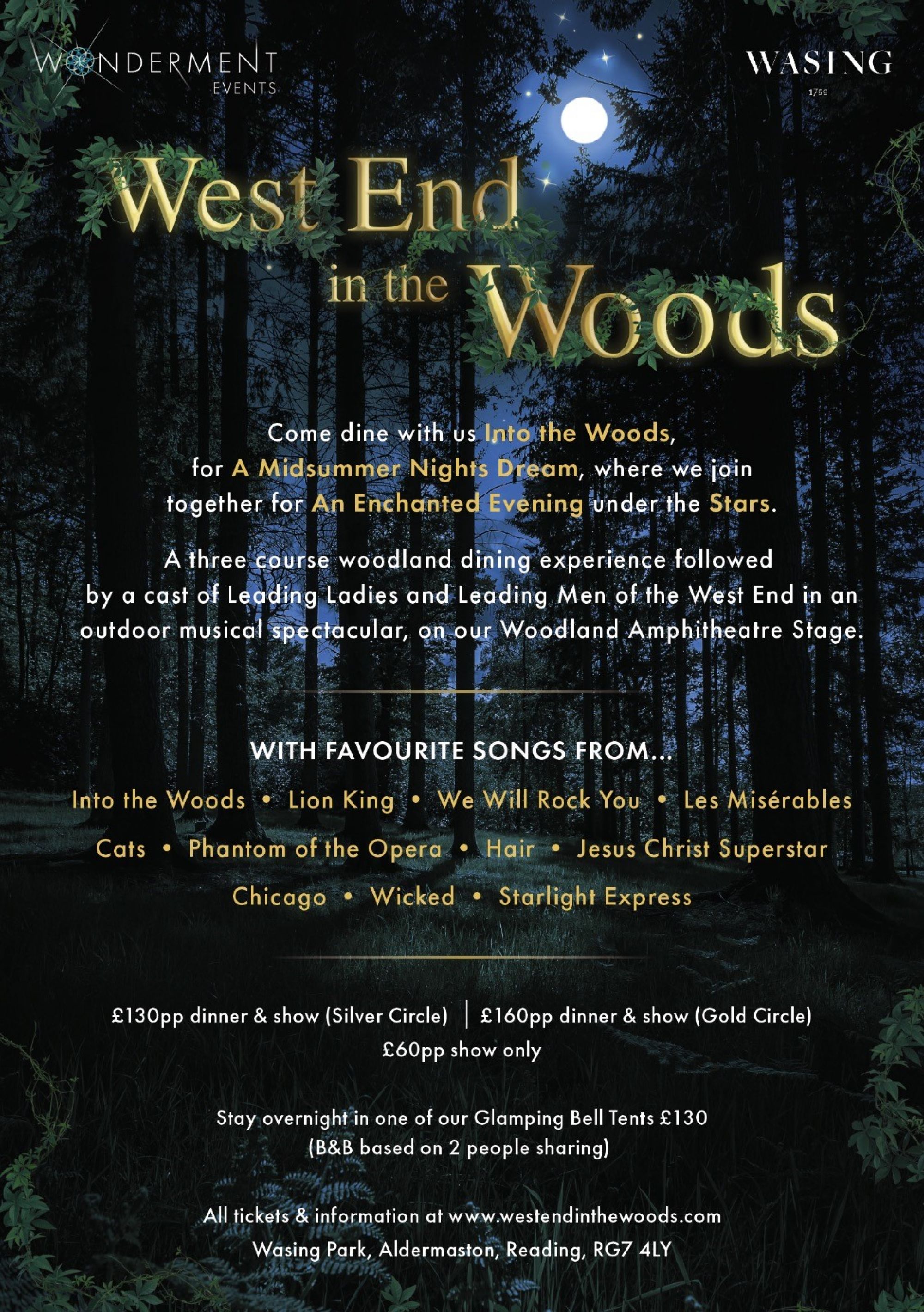 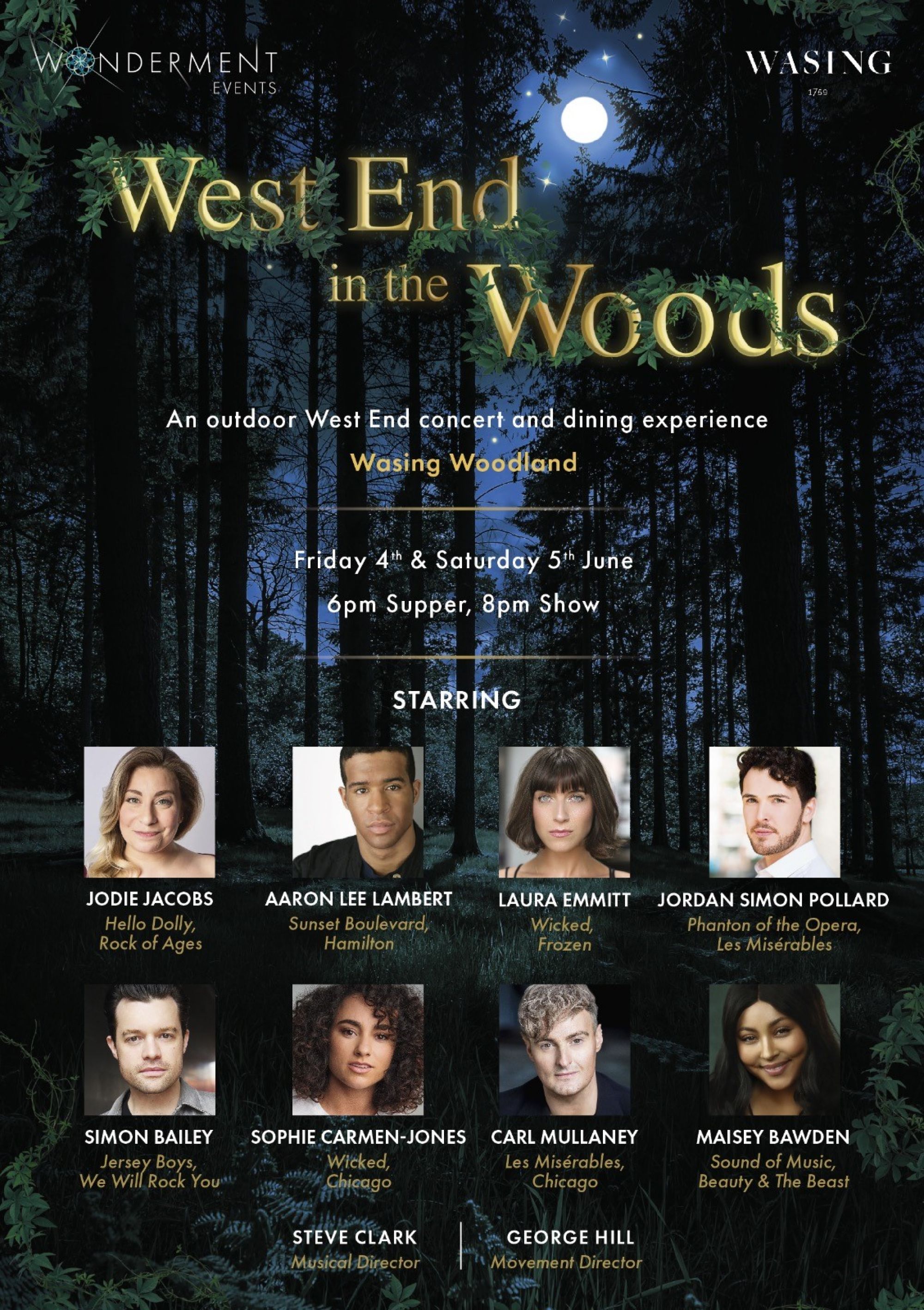 We use cookies that enable you to move around our site, speed up your searches and store information on your preferences. By using our site you are confirming and accepting use of these cookies. Privacy Policy
OK

Please fill in out newsletter